See More
Posted by Satin Asri at 02:23 No comments:

See More
Posted by Satin Asri at 07:40 No comments:

See More
Posted by Satin Asri at 07:37 No comments: 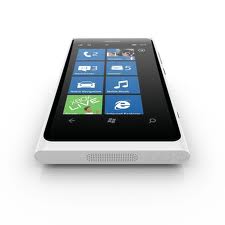 If rumors are to be believed nokia has a treat in store . According to a retailer Nokia is all set to release a white lumia 800 .

Unlike the matte finish on the existing Lumia 800 phones it will supposedly sport a glossy (piano) finish just like it's cousin  N9. Reports suggest that the white Lumia 800 will be first spotted in Portuguese and Swiss versions. While on the contrary, Swisscom carrier has denied the report .The pale beauty is believed to hit the shelves by the end of February. If reports are true we might just have to wait wee bit longer to get our hands on it.

See More
Posted by Satin Asri at 09:10 No comments:

Microsoft Vs Apple - Battle for dominance 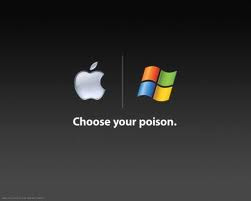 This has been a topic of discussion for long. The two giants have locked horns more than once since their inception. Both have won and lost, but I think the battle that wages now could be the last one.

For long, Windows has been the operating system that has grabbed eyeballs. There has been no competitor. Yes, there is the mighty MAC, but Apple’s creation has always been more popular because of the quality hardware than the software itself. There have been shortcomings as far as windows is concerned, Windows Vista certainly made Microsoft rethink their strategy. But, all in all Windows has been the heart and soul for Desktops.

Windows has always been the OS for all types of people. It has given the users the ability to personalize it, use it as they like. In a way, Microsoft has given the users a product which they can mould to fit in their life. It has become an integral part of their lives. A transition to a new and different OS seems like a change not everyone wants.

Sensing no space for a new OS in the market, the companies came up with new devices. Thus began the age of mobile computing.

With the dawn of the century came the Smartphone. Busting the popular belief that Apple brought smartphones to the world, I would like to mention here that it was Microsoft along with Blackberry and Nokia that changed the definition of computing. Alas Microsoft was found short on what it started, but it certainly gave Apple the opening it was looking for. And boy, did it utilize this opening! Out rolled the swanky iPhone.

As the world waited with bated breaths, Steve jobs uncovered what was to be the marvel of the decade. Apple did not stop there. Yes, there was more to come. Riding high on the iPhone fame, Apple introduced its tablet - The iPad (The gadget of the future , as many people called it.) Slowly and steadily Apple has created an ecosystem of its products. Apple has always had an advantage over Microsoft , being the hardware manufacturer of its products as well. It has been able to give consumers a wholesome product with better integration. It has become a brand now , a brand recognized as the creator of class products . It’s been some years now , and no other tablet has been able to compete with the iPad as yet. Such has become the situation, that people have started recognizing all tablets as iPads .

Apple is trying to change the definition of computing, making people believe that tablets and smartphones are the future and that the age of PCs is over. With this it plans to put Microsoft’s future in jeopardy, because if there won’t be any desktops or laptops then there isn’t any Windows. Whereas, on the other hand Microsoft has started questioning what actually a PC is . The men at Redmond feel that tablets and smartphones are PCs only, only in different forms. Apple has given consumers products which it feels the consumer might want. Its products have had very little scope of personalization. This is where Microsoft has always beaten Apple ,consisting of a more effective feedback system ,Microsoft has given people what they want and not what it wants people to have. With the new metro UI and fresh thinking Microsoft aims at regaining the ground it has lost .

Following apple’s footsteps Microsoft has started creating an ecosystem of its own, the Windows phone 7 and the windows 7 showed the first signs. In its endeavour to prove that smartphones,tablets , laptops and desktops are all PCs , Microsoft is all set to introduce Windows 8 .Windows 8 is slated for a late 2012 launch, it is supposed to be an OS capable of running across all form factors .A developer’s preview was released by Microsoft last year in December , which had some positive reviews . With the windows 8 and windows phone 8 ( codenamed Apollo ) Microsoft wants to entice people into using its OS. The advantage being that no matter what form of PC one uses, there won’t be any difficulty as far as adjusting to a new OS and a new UI is concerned. The windows 8 will have a traditional windows 7 like UI also which will help in running not only the windows 7 apps, but applications specifically designed for the Windows phone. And the best part is consumers will have variety of hardware, unlike Apple. To add variety and more hardware support to its software , the Microsoft CEO, Steve Ballmer announced that windows 8 will be compatible with ARM architecture based microprocessors , which are supposedly more power efficient .

Redmond is betting heavily on Windows 8, a failure would mean , the end of an era .Industry pundits believe that this battle will be hard fought and Microsoft might just surprise those who feel it’s a dead company . But Microsoft fans would know that the folk at Redmond are battle hardened , and give their best during crisis. Being an ardent Microsoft fan myself, I think the year 2012 will be a great one for Microsoft .


Intel is known for its X86 microprocessors which are used in nearly 83% of the workstations. 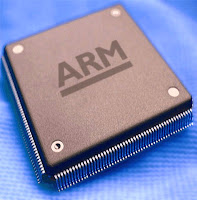 Undoubtedly, Intel leads the market in chip manufacture for workstations. But, Intel has always worked on improving the clock speed of the chips, never really considering power efficiency as a base for improvement in its existing chip designs.

It lags behind in power efficiency, which is an absolute requisite in mobile computing i.e. Tablets and Smartphones

Here, I bring ARM holdings into the picture.

The ARM architecture, not very different from the Intel X86 Architecture by Intel, was developed by the ARM holdings. But, contrary to the Intel approach, ARM applied the "Bottom to Top" approach where it improved on the chips power efficiency first and then worked on the clock speed in its subsequent designs.

Hence, with the sudden maturation in mobile computing and a need for far more power efficiency, ARM has found a new place for itself in the industry.

The evidence can be found in the fact that ARM licenses its architecture to chip makers such as Apple, Texas instruments and Qualcomm for making chips. Nearly 98% of the chips made for Smartphones and tablets are based on ARM architecture.

Moreover, Intel now faces direct competition from ARM in the making of workstations as well, with many hardware manufactures inducting ARM based microprocessors in their notebooks over the Intel based Atom processors, which have been found to be below par.

With Microsoft CEO Steve Ballmer announcing that the latest version of Windows NT family (windows 8 will support ARM- CPUs, Intel has more than one reason to fret.

Intel hopes to reinvigorate the PC market and protect itself against rising competition from tablet computers with a host of ultra-books, that were displayed at the CES this year. Ultra books are thin and light notebooks running on the latest ivy bridge processors. As claimed by Intel the processor has a 20% increase in CPU performance over its predecessor.

ARM on the other hand is all set to invade the large server territory with NVIDIA rolling out to a new ARM based chip (Project Denver).

With Intel being attacked on all three fronts, and as the world demands more compute at lower energy levels, the question to be asked is-

"Does the wounded horse have it in him to survive the hurricane, coming to put an end to its misery?"

Satin Asri
"Do what you believe , believe in what you do" has been my motto throughout my life .It pretty much sums me up .